Minister of TEATT follows up with BIP SXM 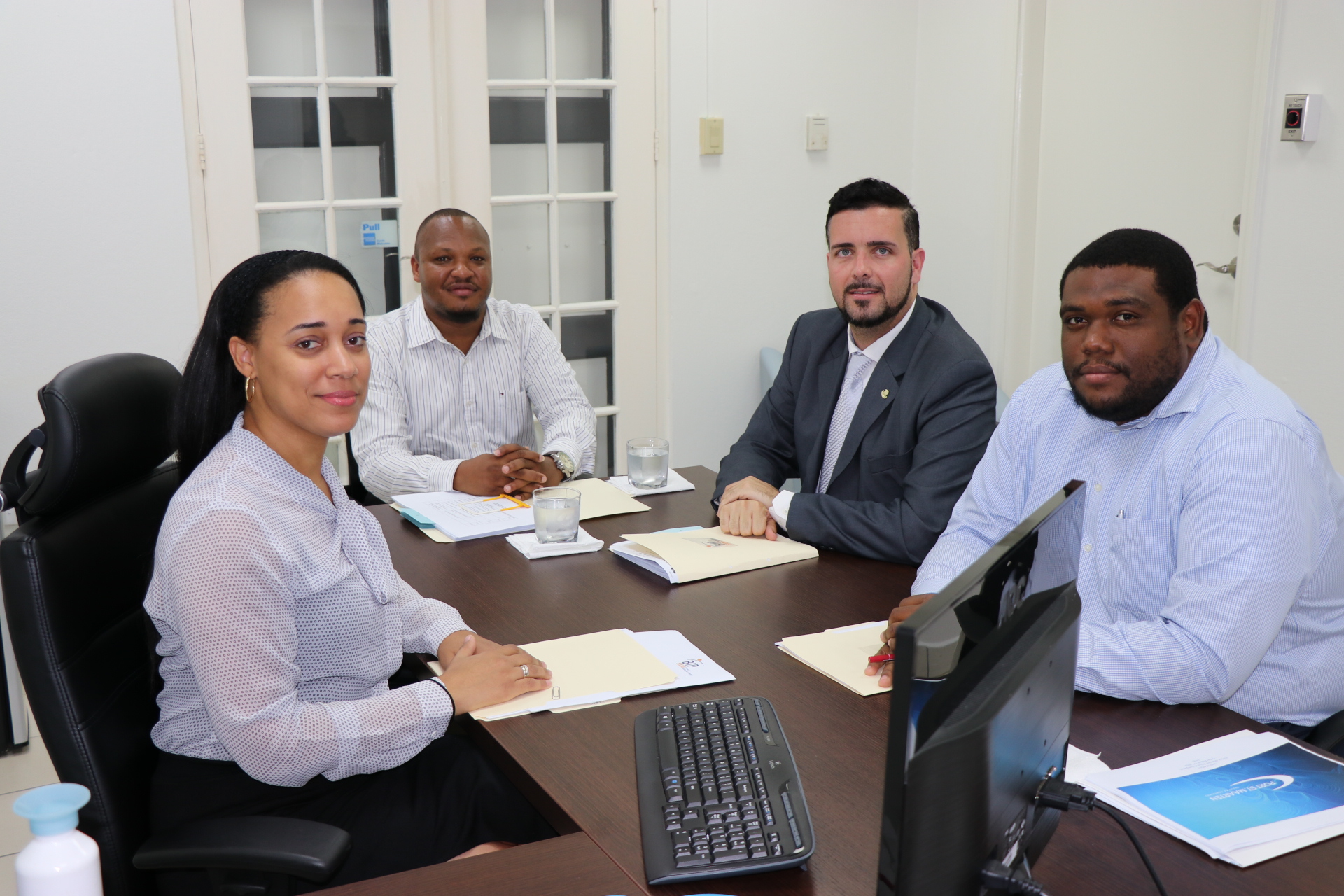 The Minister of Tourism, Economic Affairs, Transport and Telecommunication (TEATT) Stuart Johnson, follows up with the Bureau for Intellectual Property (the Bureau or BIP SXM) on August 15th, as a follow-up to an earlier introductory meeting held on July 30th with the Supervisory Board and Director of BIP SXM.

The Minister of TEATT along with his advisers held a meeting at the Bureau with the Director. The objective of the meeting was to visit the new office location and to obtain a more in-depth understanding of the challenges and opportunities relevant to the Bureau.

Last year, after the passing of hurricane IRMA, the Bureau decided to move to a new office. The new location, located at Professional Office Park, Osprey Drive #4, Building 2, Unit 2A, Philipsburg, is easily accessible for the public with ample parking space for visitors.

Minister Johnson said, "I made a promise to follow up on the initial meeting held as many inherited unaddressed issues relating to BIP, must be resolved. I look forward to a long and fruitful working relationship with the BIP team and hope we can quickly address these issues and further strengthen the organization."

The Bureau already has an excellent online presence via its website (www.bip.sx) and email (info@bip.sx) service. In addition to that, the Bureau has been active on social media for almost two years and enjoys a growing number of followers.

The Bureau has gained a reputation for providing information to the public on topics related to the registration of trademarks, recording of ideas and creations in an i-Envelope and filing of patents via the Patent Office situated in the Hague. The Bureau also participated in several workshops hosted for entrepreneurs in the last few years.

Last March, the Bureau organized its first seminar for IP professionals and administrators in the (Dutch) Caribbean with over 25 attendees present. This event was supported by invited IP experts, Mr Camille Janssen from the Benelux Office for Intellectual Property and Ms. Carine Jänsch from the (Dutch) Caribbean region.

Furthermore, the Bureau is among other things charged with advising the Minister on matters of intellectual property rights such as changes in legislation having an effect on Sint Maarten.

In less than three years, after the National ordinance, BIP came into force, and the Bureau was established, the organization has achieved many successes. In the area of finance, the Bureau has 3 'unqualified opinions' (passed audits) from the auditor and 4 multi-annual budgets and policy plans submitted to the Minister of TEATT. The Bureau excepts to present the financial statements for 2017 as well as the Multi-Annual Budget and Policy plan for 2019-2023 before the end of this year.

The Director also mentions that a vital part of the successful start-up of the Bureau and its accomplishments thus far is also attributed to the Supervisory Board. Given their diverse professional background (legal, financial and marketing) the Bureau was provided essential advice which has been implemented in the Bureau's strategies and long-term plans.

The Minister of TEATT commended the Bureau for its achievements and said he looks forward to the next phase in the Bureau growth, a further increase in public awareness of intellectual property rights.